A stroll through Trieste

Yesterday I put my first serious steps on the Via Alpina, Stage 1 of the Yellow Trail. To my disappointment I was not quite happy with this trip: there were some pretty parts, but I have also been wandering around on roads under construction and on industrial areas. I have still some thinking to do on these negative impressions – on Friday I will continue, where I stopped yesterday: at one of the industrial areas between Trieste and Muggia…

But today I left my hotel without a fixed plan or a map – just for a stroll through the town. The weather was nice and like every day there was a small fruit- and vegetable market on the square in front of the St. Antony church. Here Assumption Day is a normal working day… The sea keeps on attracting me, so I went again to the seaside to take some pictures. 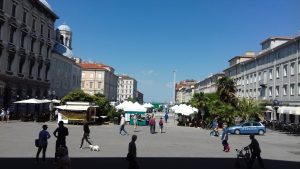 Fruit- and vegetables on the market in front of the St. Antony Church 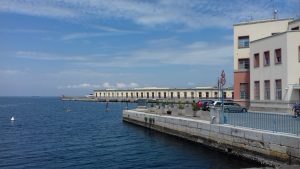 Trieste: sea view towards the harbour 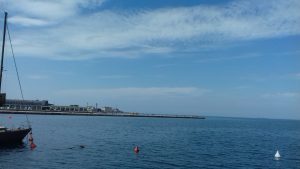 Trieste: sea view towards the harbour

Trieste is a town without a clear structure of style. Each period has added something of its own to it. There is a lot of ugliness, but of course there are beautiful building and monuments. Hereunder a small selection: 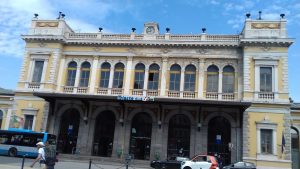 Trieste: the building of the railway station from 1857 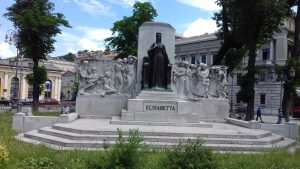 Trieste: a sculpture group with Empress Sissi from 1912 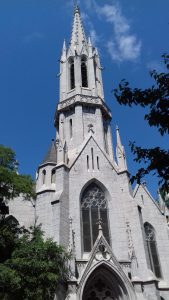 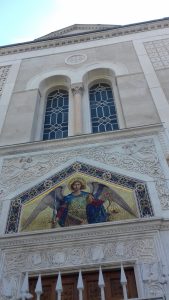 Trieste: the Serbian Orthodox Church from 1885

After a while I spotted a road sign to the University of Trieste, which I followed – a steep climb – to a huge complex, that high on a hilltop offers a wonderful view over the city and the Gulf of Trieste. The place was buzzing with young people, sitting under the arcades of on the steps leading to the forecourt. 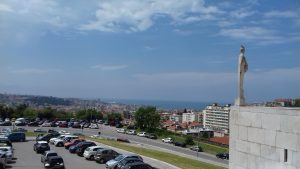 Trieste: View from the steps of the University 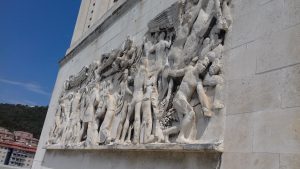 Trieste: Relief on the wall of the University 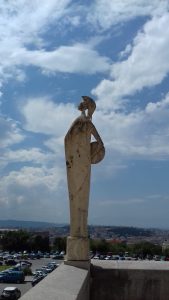 Trieste: Close-up of the Minerva statue at the University

Furthermore during my walk there was a lot to see as to flora – especially growing on south-faces walls: 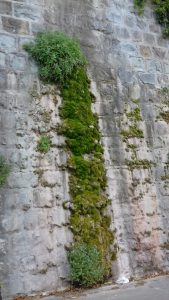 Trieste: a “waterfall” of moss on a wall 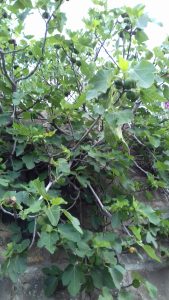 Trieste: branches of a fig tree hanging over a wall 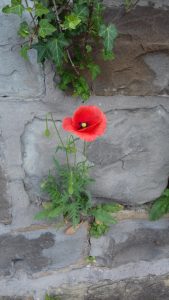 … and fauna: a billboard to warn against meningitis transferred by ticks, a moment of relaxation for three cats in an garden and many hooded crows who were too fast to take a picture. 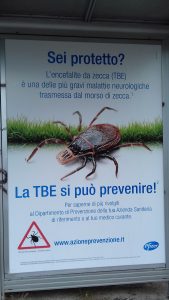 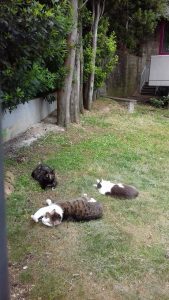 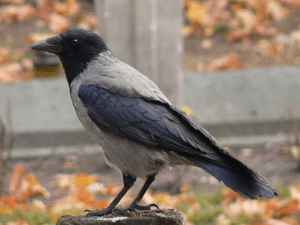 The disadvantage of following my nose without a map, is arriving somewhere, where I was not supposed to be. I was heading for the Parco di Villa Giulia, again high above Trieste, but I did not arrive at the Park, but at a castle-like building with a school – on private grounds. I left again, but on my way I had still spotted something interesting: the Tram di Opicina, a railway connection dating back to 1902, partly a tram, partly a cable car (on the steep part). Unfortunately this historical tramway, Line 2, taken out of service (due to an accident in August 2016) and replaced by a normal bus. There are a number of stops, one of which is near the school. There are several waggons, so I had the chance to take some pictures. 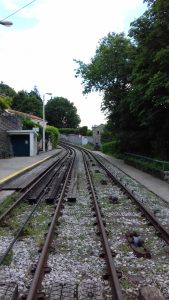 Trieste: a steep part of the track of the Tram di Opicina 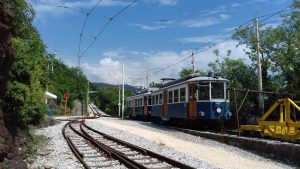 Trieste: the Tram di Opicina is for the time being “put on a side track” 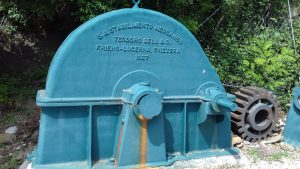 Trieste: Technology from 1927 for the Tram di Opicina

Later I returned on the normal bus to the town. Today it was again a pleasant day – tomorrow I will continue with regained courage on the Via Alpina with Stage 1 Muggia-Premuda Hut!