Adventurous hike through the snow

At half past nine I left my hotel for my hike on the first part of Stage C4 from Elm to the Ski Hut Obererbs. The weather looked rather reliable – I was prepared and equipped for the rain which was forecasted. At the starting point at the bottom of the slope I set off for the climb on a well maintained and recently mowed track. 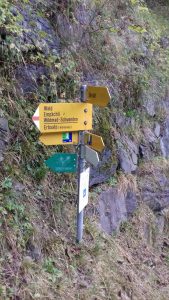 The path led through a vast forest of maple and beech (the “Waldreservat Gandwald“). Here again I saw the moss-covered dry-stone walls, overgrown with ferns and other plants. Occasionally I crossed the paved road, that also bended uphill. On several panels additional information is displayed on flora and fauna. 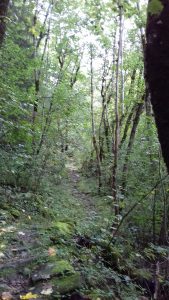 Elm: The track through a forest of maples and beeches 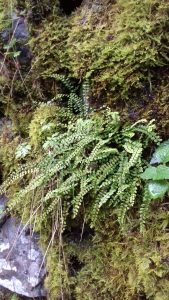 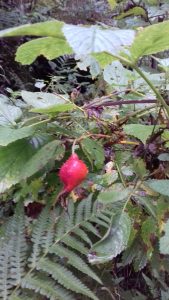 Elm: Close-up of a rose-hip

But also outside the reserve attention was paid to a better living environment for animals: at different locations I spotted large bug hotels in high spruces. Here the views are magnificent. 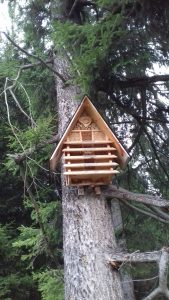 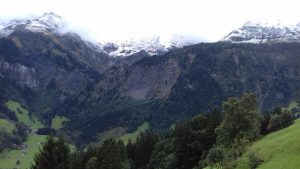 The sun was breaking through and the temperatures rose considerably as I climbed higher and higher on the slope. That this steep slope also can form a real danger to the people living below in the valley is shown by the many protective constructions against avalanches, that are covered by dense vegetation. 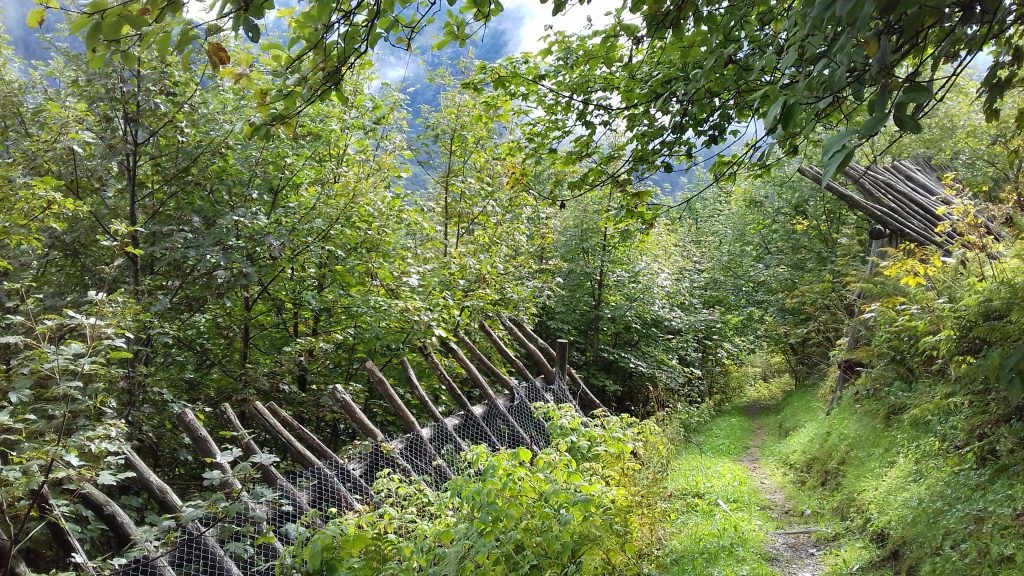 The weather however rapidly deteriorated and at the top station of the cable car from Elm and the restaurant Ämpächli the first raindrops came down. I passed by the buildings and all of a sudden something big and dark with white stripes flew up from the bushes, “cockling” loudly: well, it was a black grouse! Quite an event, because I had never see this bird in the wild before. In the Netherlands the reintroduction has not been so successful… A few hours later I would spot another three black grouses flying by. 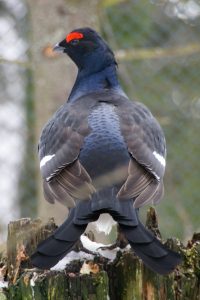 The rain intensified. Higher up the mountains the fog increased – and it started to get colder as well… Indeed, there were patches of snow at the base of several trees, but as I walked on, the rain changed into wet snow. When I came near the alpine summer settlement of Hengstboden (on an altitude of 1.645 meters), the place looked quite abandoned and the landscape rather wintry. A bit like Christmas, but that will take another three months! At one of the houses smoke was coiling from the chimney. 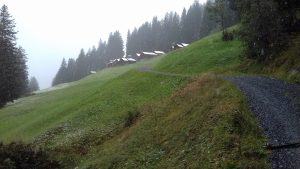 View on Hengstboden with snow-covered roofs 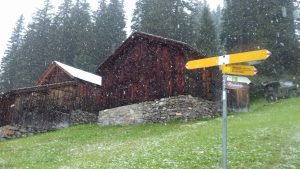 Close-up of the stables of Hengstboden 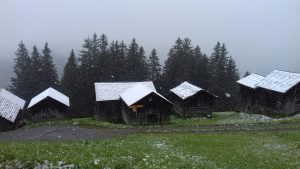 Hengstboden: not only snow on the roof tops

Thereafter it continued snowing and the fog was getting thicker. The mountain trail (Erbser Höhenweg) that I followed, was said to have marvellous panoramic views on the surrounding mountains (also according to the description on the website of the Via Alpina), but today the visibility wasn’t that great. Still it was a fascinating tour, while all sounds were amplified – I heard the loud sound of running streams everywhere… 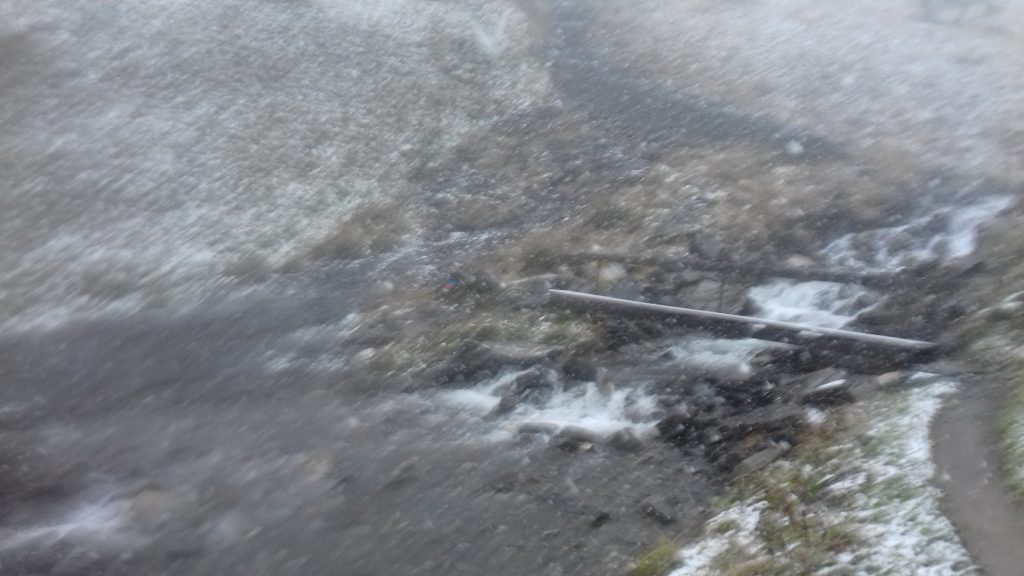 Elm: on the “Höhenweg” there is a lot of water in the stream, but luckily also a small bridge

After a walk of half an hour over water filled tracks I reached the paved road, with a bus stop! In the meantime it had stopped raining. My final destination, the Ski Hut Obererbs, emerged from the fog. The hut wardens were busy renovating the Ski Hut. The cup of hot coffee and the large slice of lemon cake were served in the garage. The bus to Elm would only come to pick me up on prenotice, so I decided to go back to Elm by foot. That also was a pleasant trip: descending through quite a different type of forest, with a lot of huge spruces I reached the meadows near the valley again. The visibility improved and I also spotted, besides the three black grouses, two bearded vultures, circling high up in the sky. At 3 o’clock p.m. I arrived in Elm, where I went to look for the comfort of my hotel room. My waterproof clothing proved to be waterproof indeed!

Due to the weather conditions this hike didn’t live up to my expectations as to the beautiful panoramas. But still I had a lot of wonderful experiences. For sure I will hike that Erbser Höhenweg once again, but that will be next year…, as well as the second part of this Stage, from Ski Hut Obererbs to Linthal. To be continued, so to speak!