Shortly before nine o’clock this morning I was at the railway station of Sargans waiting for Monika and her father Werner. We took the bus to the city centre of Vaduz in the neighboring country Liechtenstein in order to return to Sargans on foot. Again the weather was beautiful. After a coffee break in a nice café with the witty name “New Castle” with a view up to the real Castle we took off for our walk: heading for the river Rhine. Not only the river, some canals as extra capacity in case of flooding and protected by dams run through the broad Rhine plain, but also a motorway and a railway track. The border between Switzerland and Liechtenstein is situated in the middle of the Rhine. Over the stony river bedding with fast flowing greyish blue water a wooden, covered bridge have been build, which nowadays you can only cross on foot, by bike or on horseback, but until 1975 – when the new concrete traffic bridge with a link to the motorway was opened – also served for motorised traffic. 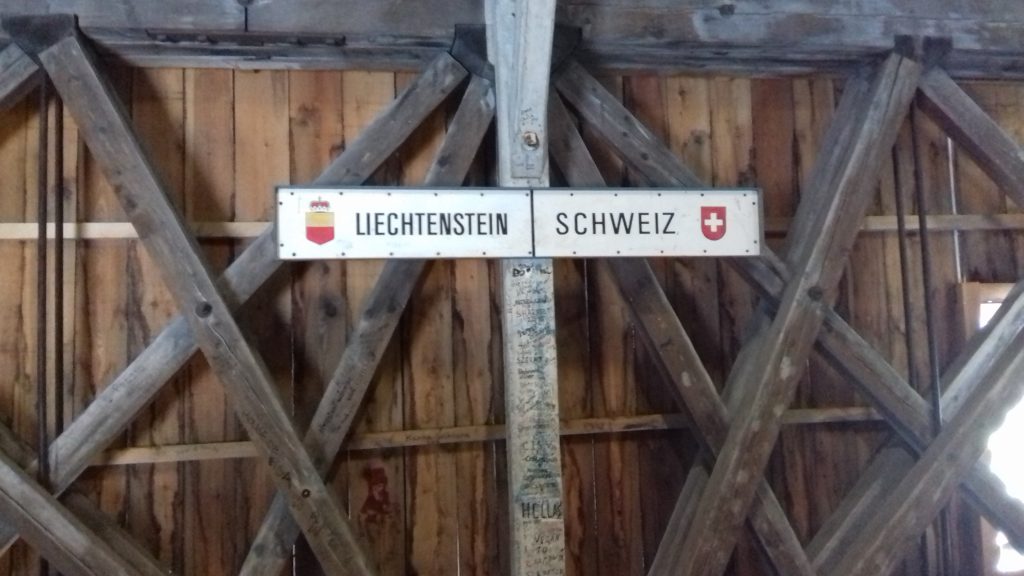 Vaduz: The border under the protection of the wooden covered Rhine bridge

Arrived at the Swiss Rhine bank we looked back on the remarkable wooden bridge, the last to exist of the original seventeen wooden covered bridges over the Rhine from Reichenau (upstream on the young Rhine) to Lake Constance. The bridge, a listed site, has been recently restored and technically modernised (a.o. with a sprinkler installation!). 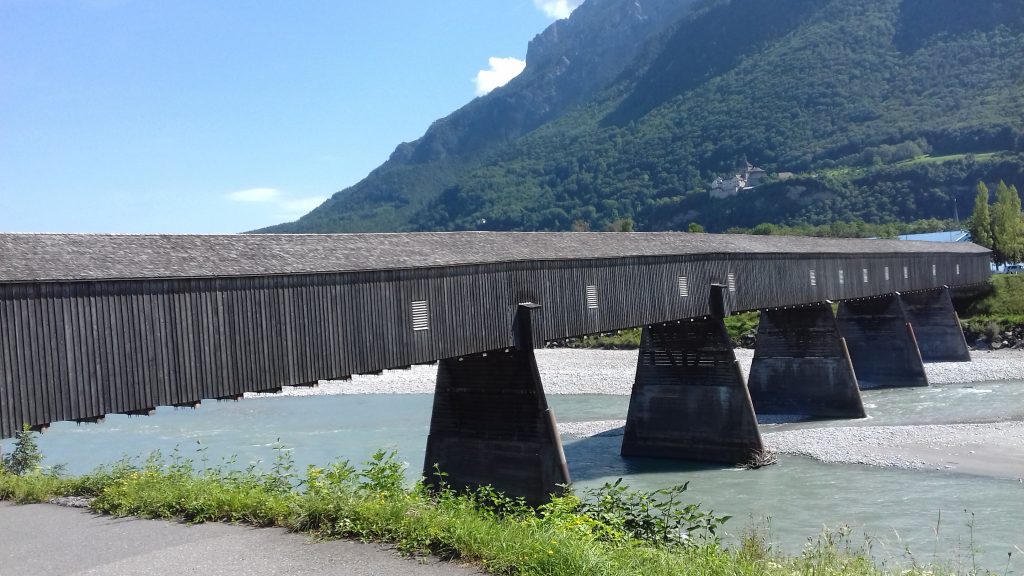 Sevelen: The wooden bridge with the steep mountain slopes on the Liechtenstein bank

We passed through the village of Sevelen and climbed the slope by a broad footpath with magnificent views on the Liechtenstein mountains. Again the Prince’s Castle can be clearly seen in the distance. 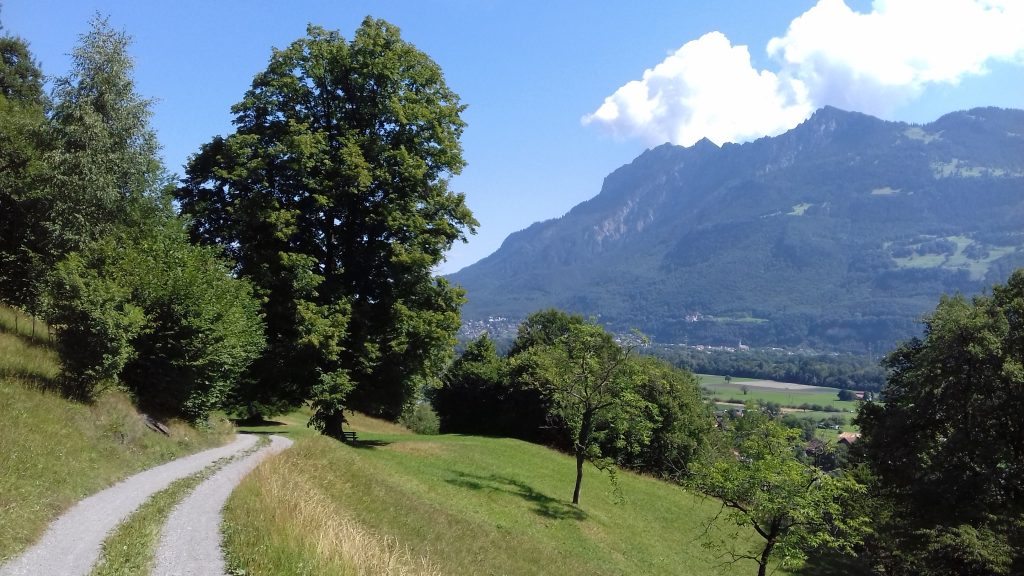 Sevelen: View over the Rhine plain with the Castle and an imposing lime tree

The hike continues into the direction of Wartau with its long and extraordinary history over a accessible and broad footpath, passing over green meadows and again through impressive beech forests. It was very pleasant to walk with the three of us, to express our amazement over the beautiful surroundings and to read the information panels of the “Wartauer Sagen- und Geschichtsweg” (“the Wartau Path on Legends and History“). So we also passed the Wartau Castle Ruin, situated on a protruding hill, again of stategic importance. The Castle was built in the 13th century, but abandoned in the following century, for reasons unknown. However researchers have found traces of human presence and activity on the hill dating back to around 5000 B.C. … These facts also make the ruin and the surroundings unique. 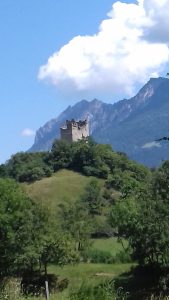 In the warmth of the summer sun we continued on our track, now surrounded by vineyards with nice forged gates or dry stone walls, towards Azmoos. In a garden near the vineyards we spotted a creative solution for cut-off vines: 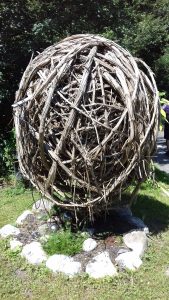 We took a somewhat more alternative road than indicated towards Azmoos. After a steep descent through the forest and even more vineyards we arrived in the pleasant town and chose to have lunch at the Gasthaus Traube (“since 1711“), where we sat on the terrace, under a pollarded chestnut tree. We had a very pleasant lunch with a lot of water to start with and finishing off with a delicious white wine for the Wartau region: Wartauer Wysse, in which all the sunshine has been captured! We enjoyed sitting there on the terrace and we stayed until after half past three. Then we decided it was about time to get started again – by bus, which took us back to the railway station of Sargans.

I warmly said goodbye to Monika and Werner, who went their own separate ways: Werner back to Zürich and Monika to Scuol, where we will be meeting up again at 9 o’clock Monday morning, not for going on a hike or sitting on a terrace, but in the classroom at school for our Rhaetian-romanic lessons!

It has been a pleasant and peaceful day again, this time spent in good company, during a nice hike through green scenery with a lot of emphasis on the local history.