To Trieste by train: the path is also a goal!

This afternoon at 16.10 hrs. I arrived totally according the trains’ timetable in Trieste after a safe and interesting journey on train and bus. This journey started yesterday, Sunday afternoon, with a trip on the international slow train from Arnhem to Düsseldorf, and further on to Cologne.

It was a pleasure to watch the scenery rushing by: a clear blue sky without a cloud with all the fresh springtime green. There were white clouds of hawthorns in bloom, alternated with clean-cut yellow patches of rapeseeds in bloom. Cologne also was beautiful. I had plenty of time before the night train to Kufstein departed, so I left the railway station for the impressive Cathedral. There were a lot of people: there were hundreds of them sitting on the steps leading up to the Cathedral, enjoying the sunshine. The Cathedral is partly in scaffolds – superstition states that the moment the Cathedral is completed the world will end… 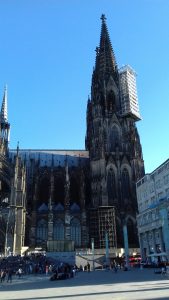 The Cologne Cathedral in scaffolds 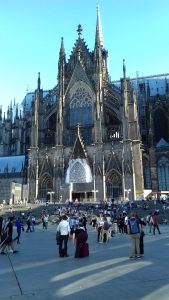 The western facade or the Colgne Cathedral 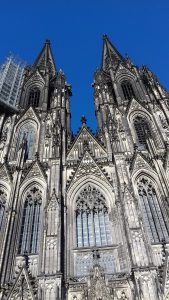 The southern facade of the Cologne Cathedral 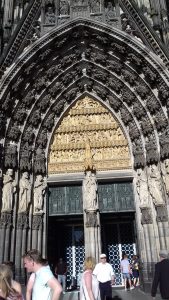 The main entrance of the Cologne Cathedral

A small but poignant flashback on recent history is given by a large information panel on the west wall of the church. Here is shown by monochrome pictures the extent of the devastations caused to the Cathedral but especially to the surroundings by the Second World War. 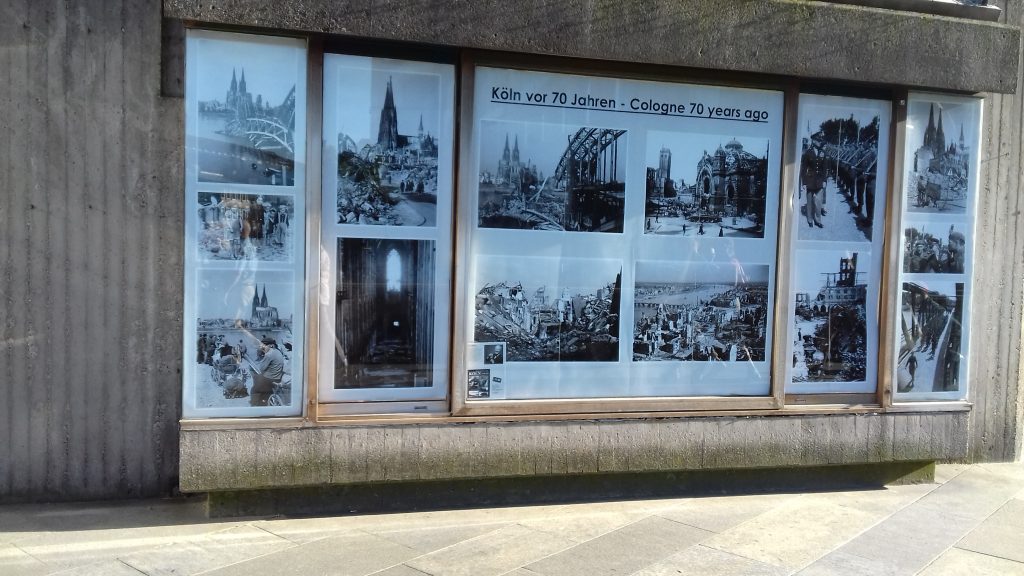 Cologne: This is what Cathedral and surroundings looked like just after the Second Word War

After a long, somehow restless train journey through the night the sun was again shining brightly  over more white clouds of hawthorns in bloom, alternated with clean-cut yellow patches of rapeseed in bloom, but now in Southern Germany. In Austria I got the first glimpses of snow-capped mountains, later on I saw more of them, with glaciers and water falls. The train passed via Salzburg through well-known ski areas in Austria toward Villach in Carnintia. There I changed to an express coach to Udine. It was a double-decker bus and for me a reservation had been made in front row: on the upper deck and just behind the screen! The journey of about 120 kilometres took just over an hour and ran mainly over the motorway A23 with turnpikes, where the coach had priority. 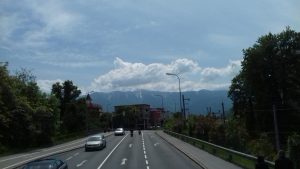 View from the topbox departing from Villach to Udine 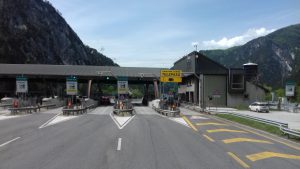 The fast lane at the toll collection area on the highway

We drove through an wonderful scenery that already showed the signs of the Dolomites: high mountains and the wide riverbed of the Taglamento river with astonishingly green blue water. 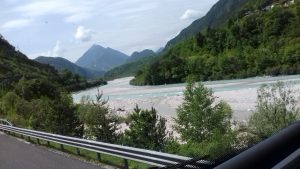 The wide bedding of the River Tagliamento 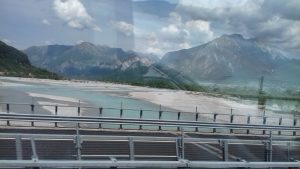 The River Tagliamento and the mountains to the North

I saw names of places which I recognised as places along the Via Alpina: Tarvisio on the Red Trail (Stage R15) and Tolmezzo on the Yellow Trail (Stage B12). In Udine and surroundings there were no longer hawthorns and rapeseeds in bloom, but elderberries and limes. There are palm trees and olive trees: we are in the South!

At the railway station of Udine my lack of knowledge of the Italian language seemed to strip me up, but the gentleman behind the counter also spoke English and he appeared to know about my Dutch reduction railway card Railplus and to act upon it. (Isn’t it funny, that  all of a sudden I could only think in Rhaetian-romanic…!) From the train I saw several highlights which I came across during my preparations of this trip, but is was especially the view on the Mediterranian Sea which made me very happy. 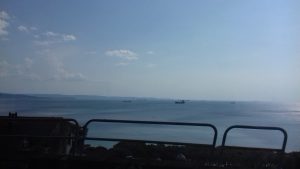 On the road to Trieste: Seaview from the train 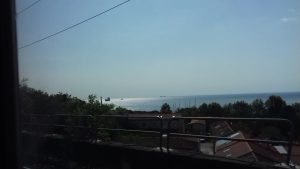 On the road to Trieste: Reflection of the sun on the Mediterranean Sea

My hotel, Hotel Centrale is close by a church with an imposing façade, which is dedicated to St. Antony Thaumaturgus, a saint to whom many miracles have been attributed to. The hotel is situated in the yellow coloured “Palazzo” on the right hand side of the church. 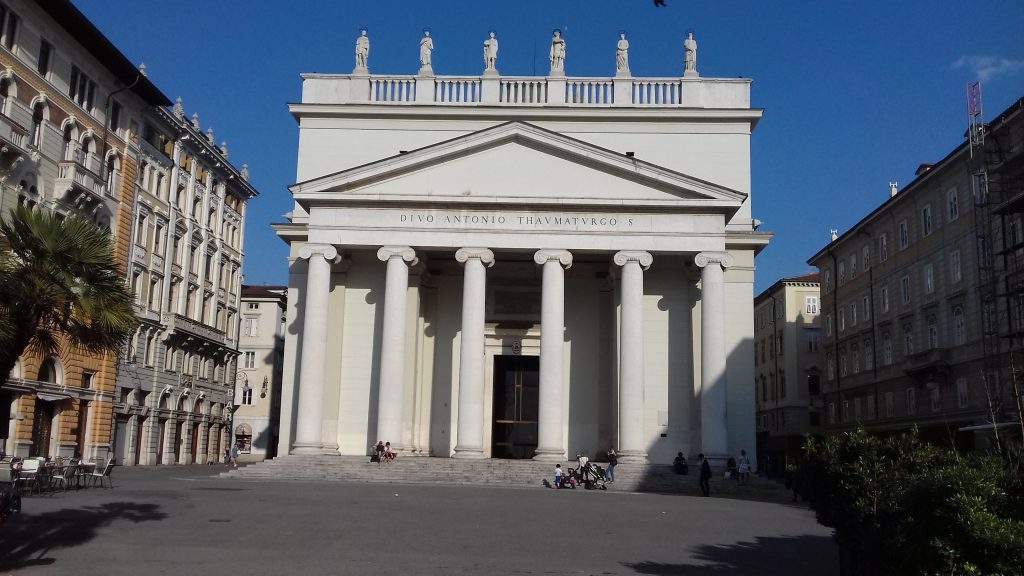 Trieste: The Church dedicated to St. Antony the Miracle-worker

From the church you have a wonderful view over the Canal Grande (yes, also here!) and a fantastic view on the sea – but from the seashore also on the church! 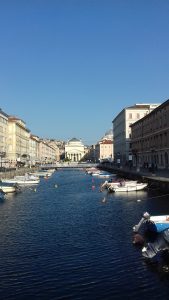 Trieste: The Canal Grande with the Church of St. Antony

The weather is pleasantly warm and there is quite a lively buzz in the city, also on both sides of the water. There are many nice terraces with good food and drinks. There is also a kind of terror going on between pigeons that much to the fright of the guests are rolling over tables while fighting for the last crumbs…

I know for sure that for the days to come staying in this city and this area will be very pleasant!